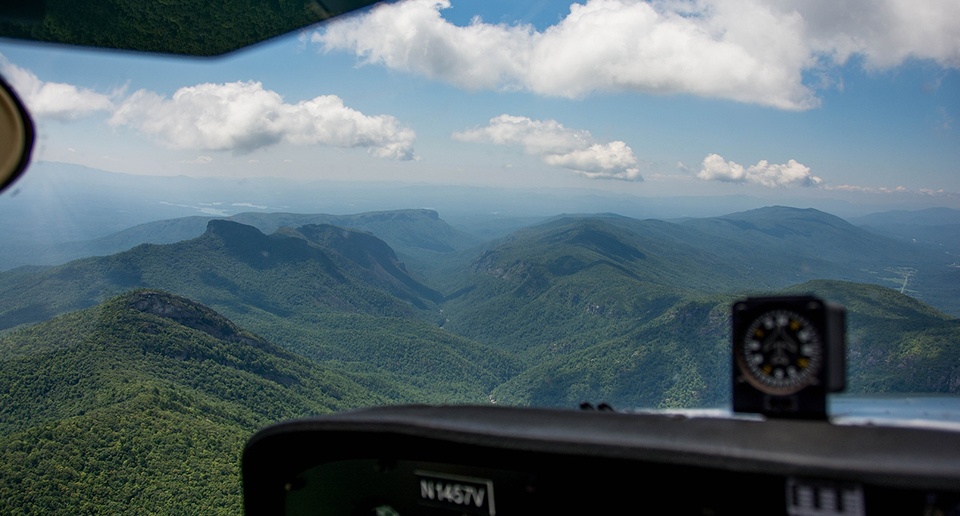 From the numerous hiking and biking trails and quaint, main street villages that define Western North Carolina to the renowned art and culinary scene in Asheville and professional sports teams in Charlotte, there is never a shortage of things to do within an hour or two’s drive of Rutherfordton.

But what makes a quick getaway truly special for many South Ridge residents is finding those tucked away hidden gems on the path less traveled.

Here’s an insider’s perspective from a resident family on a few of the top, lesser-known spots in Rutherford County, after a recent “covid staycation.”

Defiant Distillery – While we are not drinkers, having a legitimate distillery in the backwoods of Rutherford County was intriguing. Especially, a distillery with a name like Defiant and a website that reads “We don’t walk down paths, never follow in footsteps, not sorry for writing our own rules…”

After motoring about 20 minutes north on some backroads to a town called Bostic, we found the small “Parking Defiant Distillery” sign.

Inside we met Tim Ferris, the owner of Defiant Whiskey as well as a salvage company called Defiant Marine. Apparently, operating an emergency response, deep sea commercial diving company across the globe is a pretty lucrative business. In addition to diving, Tim is also interested in whiskey and how it’s made. His state-of-the-art equipment generates some of the finest single malt whiskey anywhere, evidenced by the Gold Award he won for the Best American Single Malt Whiskey at The 2019 Fifty Best competition.

I learned the four key steps to making whiskey: malting barley with spring water and yeast; mashing the barley by spreading it across a malting floor, which starts the conversion of starch into sugars; fermentation, where yeast is added to make the alcohol; and finally distillation in large copper pot stills, where the final product is made.

We capped our tour off with a free sample. Let me tell you, that whiskey is smooth and strong!

Yogi Bear’s Jellystone Park – Just down the road from Defiant Whiskey is the new 400-acre Yogi Bear Jellystone Park. While we’re not the type to “rough it,” we were willing to try “glamping,” otherwise known as glamorous camping. So we disconnected from the phone and laptop for one night, and checked in to our glamorous cabin in the woods.

The cabin was a small, but charming, with all the modern conveniences – running water, shower, toilet, and a queen-sized bed that was actually pretty comfortable.  After settling in, we rented a golf cart and drove around to see the various amenities, including a large swimming pool, mini-golf, basketball court, horseshoe pit and game room.

While we enjoyed it, this place is at the top of the list for the next time the grandchildren visit. They’ll have a ball!

There are creaky wooden floors that make noise as you peruse the tall wooden shelves filled with a unique mix of today’s groceries and sundries as well as relics from yesteryear. Grandpa’s Pine Tar Soap, Kraut Crocks, Lincoln Logs and other old fashioned toys, Amish made molasses, old fashioned stick candy and Pecan Pickers were some of the ones that caught our eye. You’ll find it’s a far cry from Walmart. And we were better off for it.

Skyhawk Aviation – After winding through the Western North Carolina backroads for a while, we decided it was time to see Rutherford County from a different perspective. We decided to take advantage of the cloudless, blue sky and contacted Skyhawk Aviation.

They offered us a $99 introductory flight for prospective student pilots (even though I was an old aviator from a time that dates back almost to the Wright Brothers era). We jumped at the chance. And shortly after reaching a cruising speed of about 100 miles per hour in our Cessna Skyhawk, we were circling over Lake Lure and “oohing and aahing” over the beauty below.

As we headed back to the Rutherford County airport, Matt, the instructor, asked if I wanted the landing. I said, “Sure, if you’re feeling brave.” I lined up the Cessna with the runway and a couple of bounces later, we arrived. Luckily, there was a bathroom nearby. But what a great time!

Copper Penny Grill – As the weekend was drawing to a close, we decided to get some chow our favorite eatery in Rutherfordton, the Copper Penny Grill. At Copper Penny, you are assured of a friendly reception and wonderful mix of comfort food and American favorites.

I ordered the maple-glazed salmon with sweet potato (plus brown sugar and lots of butter). My wife had the Cajun Chicken Pasta, which was quite tasty. We ordered a peanut butter pie to go, hoping the calorie count might be diminished if we waited 30 minutes before eating.  Unfortunately, it wasn’t.

As we arrived back in South Ridge, we were glad to be home. While our little two-day adventure was a lot of fun, we realized there’s no place like home. Then, we started talking about where we might go for our next weekend outing. And before you knew it, we were looking for the next series of undiscovered finds in Rutherford County.